Welcome to the Elevated Planter Box page! This planter might make a nice addition to your garden, patio, or walkway • Download free plans, pictures, and instructions for ideas to help you build your own planter box 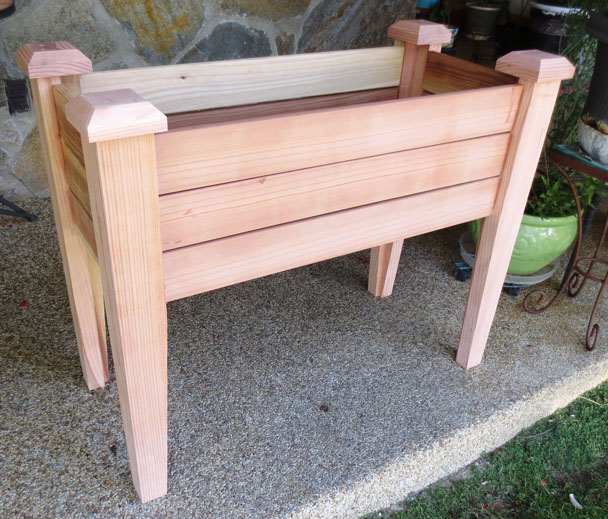 This elevated planter box makes a nice addition to a garden, patio, walkway, or anywhere you want to show off your plants.

The entire box, with the exception of the slats that form the bottom of the box, is redwood. The slats are rough cut cedar. 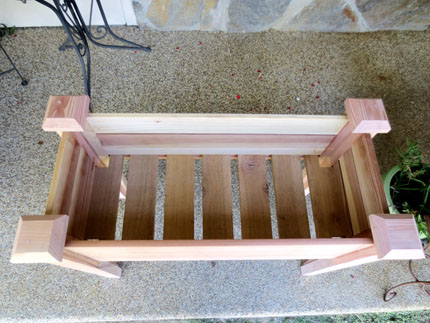 Slats are Captured in Grooves 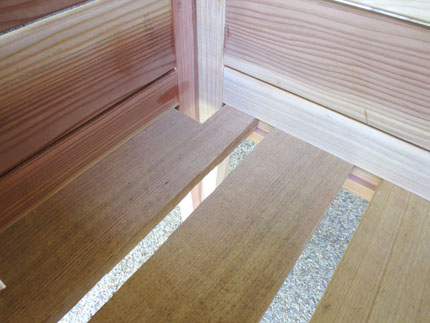 Close-up of Caps with Plugs 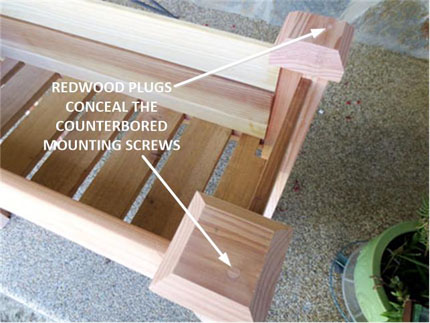 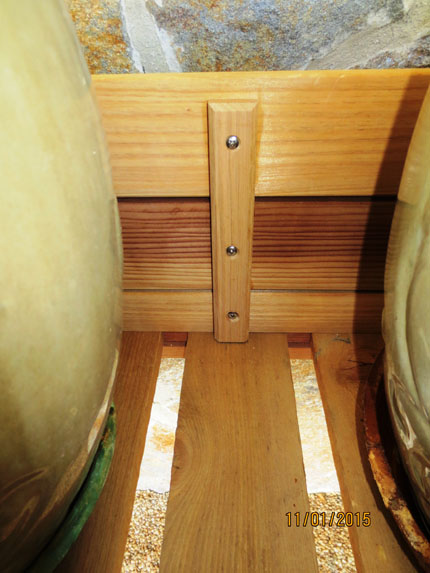 Redwood battens were added to tie the centers of all three side rails together so that all of the rails would support the weight.

The battens are glued and screwed into position at the center of the side rails. Countersunk screws are used so that the heads of the screws do not project above the surface of the battens.

The battens are chamfered on the top and both sides. This feature, together with the use of countersunk screws, helps to prevents scratches or other injuries to your hands when reaching inside the box. 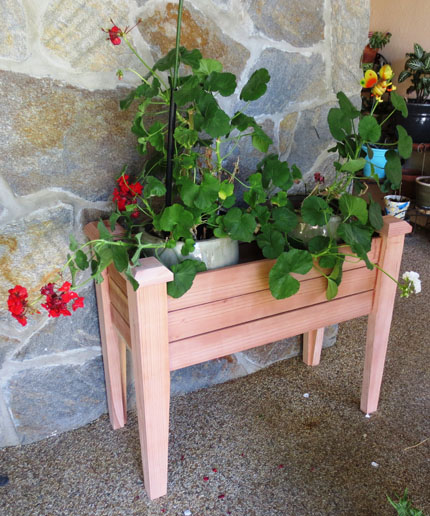