Welcome the Windows Apps page! FREE downloads of several original Windows apps • Some are fun • Some have practical applications • Enjoy!

Each of the downloadable files is in ZIP format. Simply extract the EXE file from the ZIP folder and place the EXE file in a convenient location. It's ready to run. No installation is needed. Just double-click the app's icon to run the EXE file.

I hope these apps are as enjoyable and useful for you as they have been for me.

ALL OF THE APPS ON THIS PAGE ARE CODE SIGNED

All of the apps are Code Signed using an official Code Signing Certificate. The ZIP file for each app’s download contains a TXT file that explains how you can easily verify the digital signature before running the app.

• Protects software from alteration after publication

IF YOU RECEIVE A WARNING FROM WINDOWS 10 OR 11

When you run an app downloaded from this site for the first time, Windows might announce: Windows protected your PC: Windows Defender SmartScreen prevented an unrecognized app from starting. Running this app might put your PC at risk.

MY APPS ARE “UNRECOGNIZED” BECAUSE I AM USING THE ONLY TYPE OF CODE SIGNING CERTIFICATE AVAILABLE TO INDIVIDUAL CODERS. Corporate entities have the option to pay for, and get, immediate trust for their code. This option is not available to individual coders.

This means that Microsoft DOES know the name of the publisher: Me!

The warning will not appear whenever you run the app again. 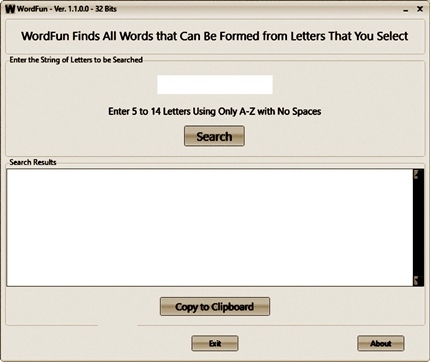 WordFun IS FUN. WordFun FINDS ALL WORDS THAT CAN BE FORMED USING THE LETTERS IN A WORD OR STRING THAT YOU PROVIDE.

Did you ever wonder how many words could be formed from the letters in, say, your last name? Or any word that you might want to try? Or any random string of letters that you might think of?

You might want to see if you can figure out all of the possible words yourself and then let WordFun find as many words as it can.

WordFun can be both a curiosity for adults and a game for kids. Would you have ever guessed, for example, that at least 100 words can be formed from the letters that spell “valentine”? Try guessing all the words that can be formed for any word or string of letters that you might select. Challenge your kids to guess, too! 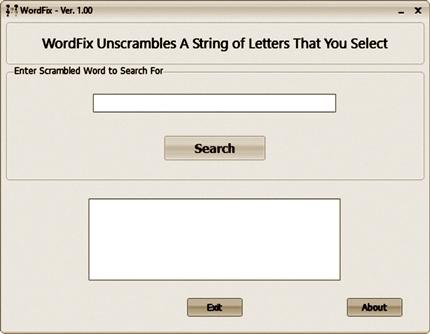 WordFix IS FUN. WordFix UNSCRAMBLES A GROUP OF SCRAMBLED LETTERS THAT YOU PROVIDE AND FINDS ALL WORDS WITH THE SAME NUMBER OF LETTERS.

Have you been frustrated by jumble word games that you find in newspapers and on the internet? Sometimes the jumble of letters just doesn't seem to make sense.

Enter a set of scrambled letters into WordFix and let it unscramble them for you. 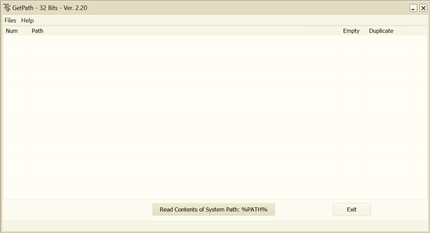 GetPath can help you resolve some puzzling problems on your Windows computer.

Have you ever been installing an app and gotten a warning message like “Your System Path (%PATH%) is too long” or, “We have detected that your System Path is close to reaching the Windows limit”? What does this mean? How can you fix it? 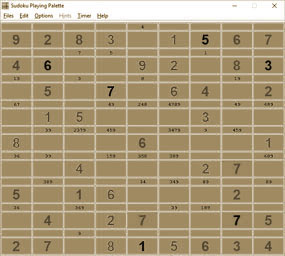 Now with Auto Complete. So you can complete the game automatically if you just want to see the solution.

If you've begun playing the popular game of Sudoku, you will enjoy using this program. Called Sudoku Playing Palette, the program takes the unnecessary work out of playing Sudoku. It doesn't play the game for you but it reduces the need for the player to figure out what numbers may be played at each location. It eliminates the scribbling of notes inside the game. By relieving this tedious aspect of Sudoku, it allows you to concentrate on the correct logical choices. In short, it lets you simply play!

This 64-bit version will run only on 64-bit computers. You will simply get an error message if you attempt to run it on a 32-bit computer. 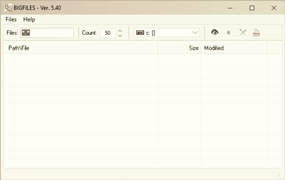 Searches the selected drive for the largest files on that drive. This is useful if you are running out of space on a disk or partition. If BigFiles finds redundant image or video files, for example, or other unneeded large files, you can decide if you need to keep that file or if it can be deleted to yield additional disk space. Wild cards can be used. So you can search for all files or particular file names or extensions.

The new Version 5.40 is 35% faster than previous versions. 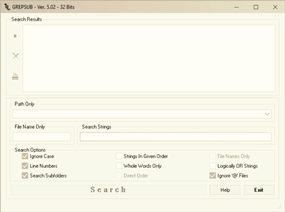 Grepsub is an excellent tool for programmers and web developers because it can be used to find sets of commands and parameters in source code listings, something typically not possible when using standard code editors. This was the reason for Grepsub's creation. 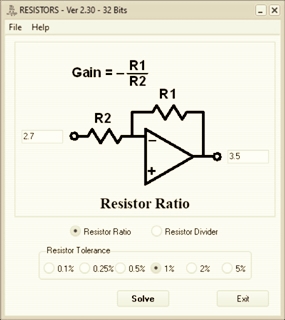 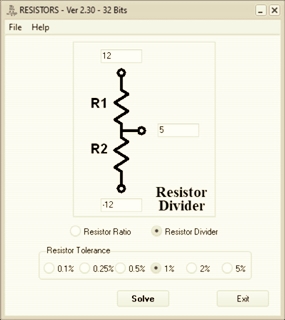 This may seem trivial, especially for the old engineers who used to use a slide rule for this task. But your method might not find the best pair. (Naturally, any resistors you use will have inherent errors. However, by using the best pair, you can avoid an avoidable "designed-in" error.)

You might be interested to know that the original version of this program was published in the now-defunct Kilobaud Microcomputing, April 1980, pp. 142‑144. Though its modern version is written in C++ for 32-bit Windows, it was originally written in Basic for use on a Commodore PET. 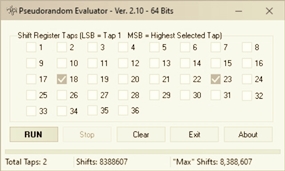 This 64-bit version will run only on 64-bit computers. You will simply get an error message if you attempt to run it on a 32-bit computer. 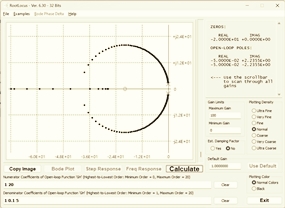 RootLocus is a serious program for the analysis of linear, closed-loop control systems. It’s designed for the experienced engineer or engineering student.

Because the download also includes a thorough, clearly written 77‑page User’s Guide, RootLocus is a useful tool for anyone who wants to learn, understand, and conveniently use the root locus method. Learning is facilitated by several built-in examples that can be computed and plotted automatically.

RootLocus quickly and easily plots a root locus using an open-loop transfer function that you provide. Simply enter the numerator and denominator coefficients, select the gain range, and choose a plotting density. Click the Calculate button and the root locus is instantly plotted.

Drag the scrollbar next to the plot to vary the loop gain and watch the poles move along the locus. Observe the current gain value and pole coordinates in the adjacent tabular window.

Click a button to plot either the step or frequency response for the selected gain and pole positions.

Zoom in on the root locus plot to examine areas of interest.

Quickly, easily, and confidently find the conditions for stability and instability. Easily evaluate the conditions needed for the system performance you want.